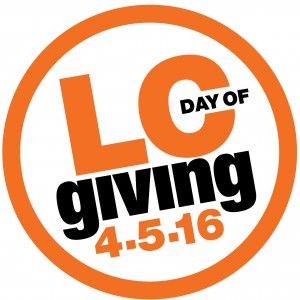 Fundraising is a great way to gather around a good deal of money for bringing about some sort of positive change in the society. If you think about it, you will realize that there is nothing better than collecting money to spend on educating more people. Keeping in view the importance of education, Lewis and Clark College organized the LC day of giving to raise money for helping out the less fortunate get educated. The event was scheduled to take place on the 5th of April, 2016. It started at 10:00 am sharp and the commencement time was 2:00 pm. The selected location was Fields, JR Howard and Pamplin. 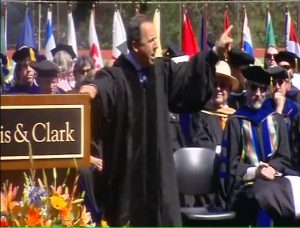 The LC day happened to set a new record in the history of the college. A fundraiser at such a massive scale was never organized before and that is what made it more interesting and irresistible for the participants. It won’t be wrong to say that the LC day of giving 2016 was the largest philanthropic day in the whole history of Lewis and Clark College.

The participants were meant to enjoy their cupcakes while making a contribution of any size as a gift for a better future. An online portal was also designed for the people who were willing to participate in the event but it wasn’t feasible for them to come in person.

The event became possible only as a result of the generosity and commitment shown by the management and higher ups of the institute. In order to encourage people into donating more, the campus took some incentives on its own. Dean Gonzalez made an announcement of donating a generous amount of $500 to the institute’s diversity fund if 100 students make any donations. Provost Atkinson and President Glassner also took great efforts in bringing the donations made by the staff and faculty members up to a sizeable amount of $3000. This whole amount was collected from all campuses of the institute. Moreover, Dean Kodat said that he will be donating $1000 to the institute’s diversity fund if 63 tenured track or tenured faculty members make any donation. In addition to this, Dean Gonzalez promised a donation of $500 if 43 student life staff members make any donations. All these commitments were fulfilled and greatly helped the college in raising more money.

If you are seeking any further information about the LC day of giving, you can visit go.lclark.edu/dayofgiving.